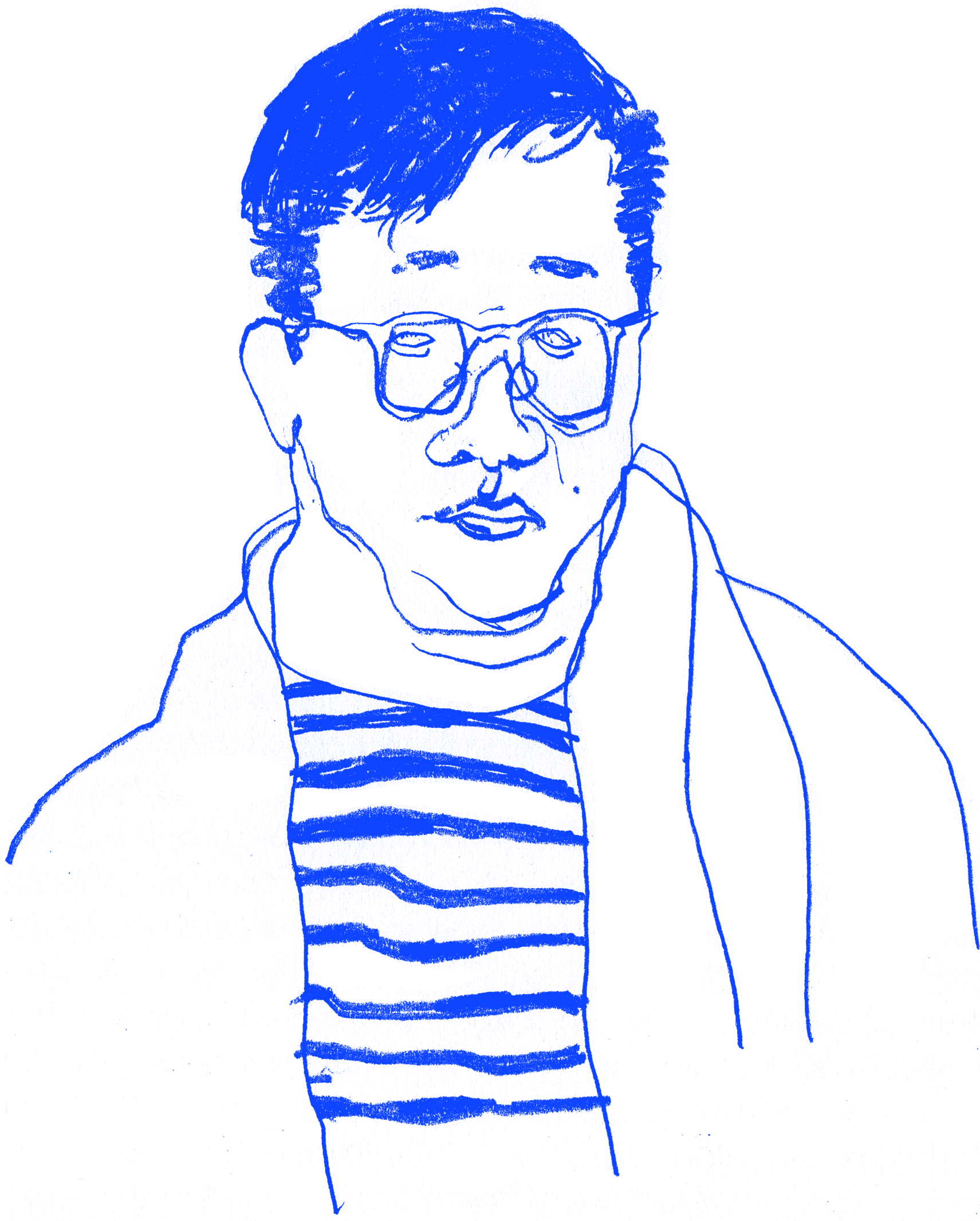 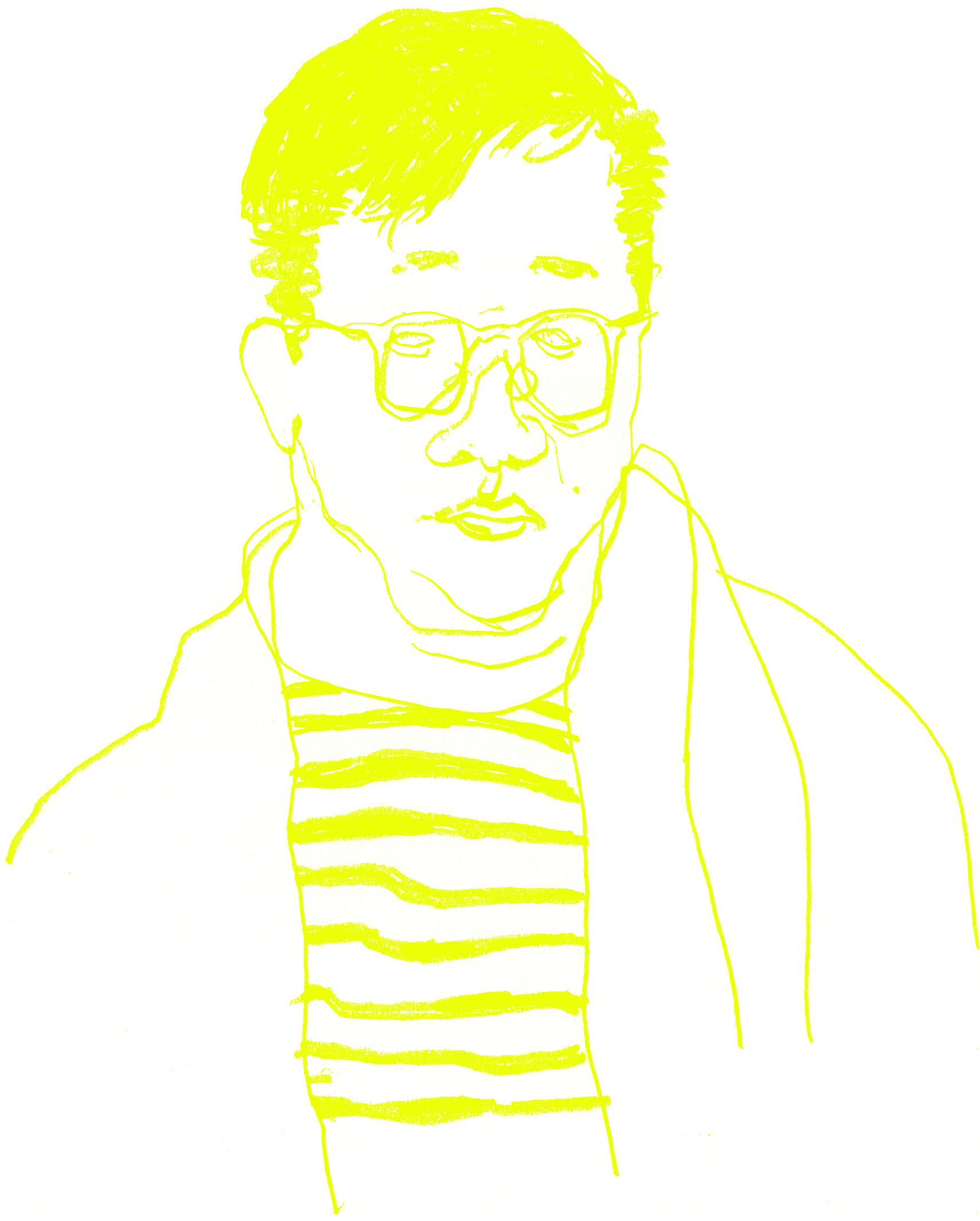 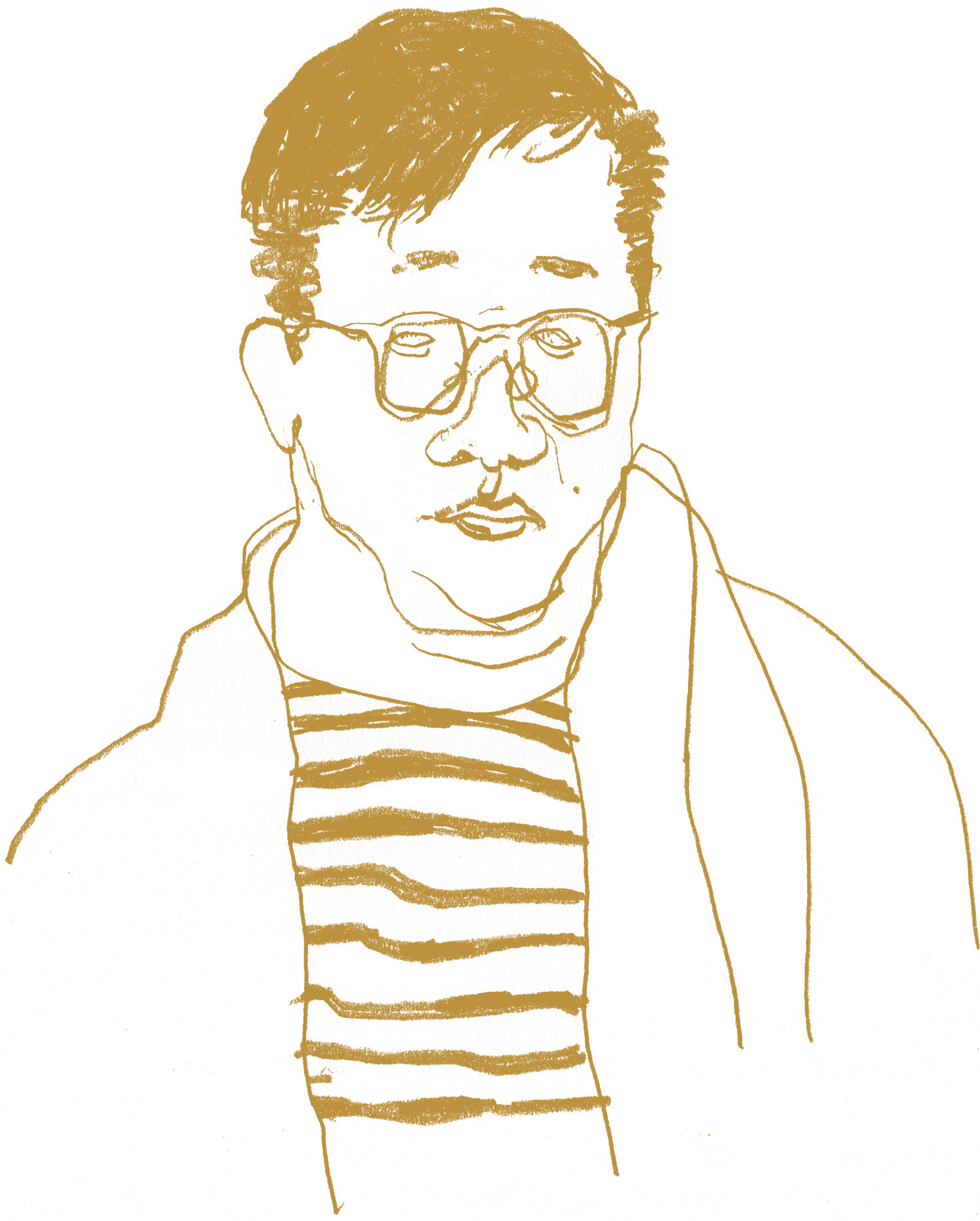 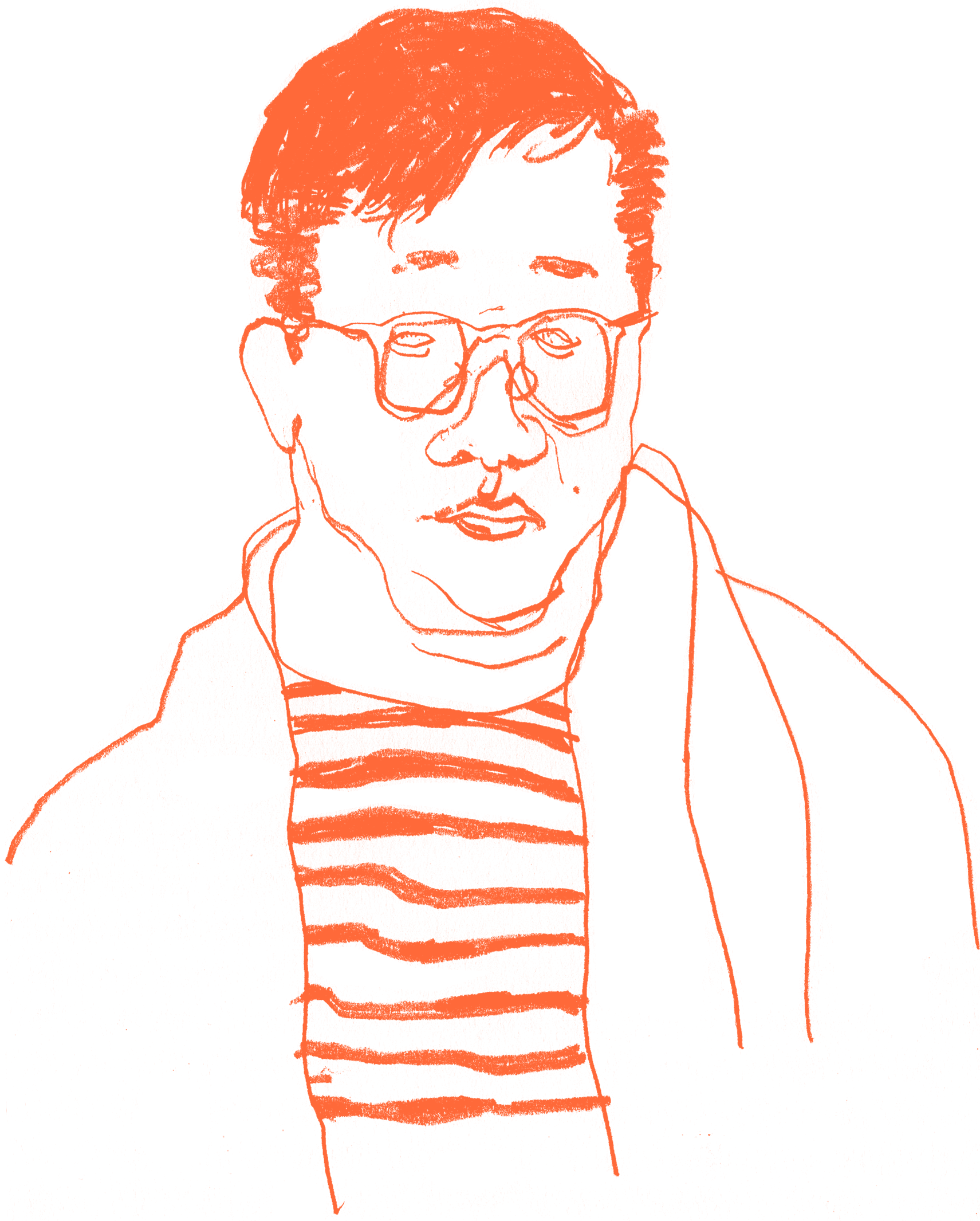 ●The Unnamed Island: the Hagseed and the Wizard ●R3: The Remix Edition ●Big Band Species ●Re：Dear Life ●Café Lumière ●Dear Life ●1984 ●Listen to me, Please~20,30,40 ●Blood & Rose Ensemble ●Notes from Underground ●What Colour is the Cloud? ●Inside Out: A Tale of Allure and Enchantment ●R3 -The Life and Death of Richard III ●Dōgu どうぐ ●SMAP X SMAP – In love with the 90s ●Once, upon Hearing the Skin Tone ●One Table and Two Chairs ●Bluesy Lee-welcome to the 70’s ●Michael Jackson-back to the 80’s ●Maonsions de Wongs ●Listen to me, Please~ ●Tsen ， 。 ●Vincent van Gogh and 7 Performers ●Full Moon Fest ●Where is “Home”? ●30P︱Eslite Anti-Reader ●Titus Andronicus ●Zodiac ●…between… ●Whatever Sitting

Geography graduate from National Taiwan University and theatre studies graduate from Taipei National University of the Arts, Wang Chia-Ming is currently the head of Shakespeare’s Wild Sisters Group. Wang hopes to create works that are complex and experimental, yet appealing to the masses through different methods of performances, discovering together with fellow actors the possibilities towards a thinking theatre. Wang had previous experiences as a director for music videos and commercials, as well as being an acting coach and director of large-scale events. He was invited to be the director for the third section of the opening ceremony of the Kaohsiung World Games in 2009, and in 2014, an adjudicator for the 51st Golden Horse preliminary/ final selection. From 2014 to 2016, he was the curator and director for the Golden Melody Awards.

In 2012, a skeleton was found underneath a parking lot near a church in Leicester, UK and later it was confirmed through DNA tests to be the body of the notorious Richard III, a synonym of monster and evil under Shakespeare’s pen, whom many historians and literary writers have now attempted to acquit the king of these charges.

Director WANG Chia-ming, twice Taishin Arts Award winner, revisits this Shakespearian classic play. Ever since its premier in 2015, the wild success of R3—The Life and Death of Richard III made it the most sought-after play through word of mouth. Now returning to the stage as the new version—R3: The Remix Edition, the adaptation of historical plots parallels the political bedlam of Taiwan and further challenges the credibility of history and truth.

The extinction of species, the loss of nations, the dying of languages, the ending of eras... if history is the sum of a series of vanishings, then when will humanity face extinction?

An apartment, 5 floors with rooftop addition, five residents from 5 eras.
An ill-fated composer, a Japanese film director, a foreigner, a divorced postman, and a woman pregnant out of wedlock.

Each character experiences a duration of time, some for a life time, some just waking up from a dream.
An actress named Setsuko Hara who has no time, but connects everyone in the building.

Five separate duration of time, fragments of life like different trains, unknowingly passing the time and space before them.

Can people love pain?
Can people be proud of their illness?

Every Objector system ought to have a user guide that comes with it—without exception. Listed in it are the instructions and guides on how to use the functions associated. Though there`s no user guide whatsoever for a user guide. So it is conveniently concluded that: User guides are closest to the essence of all things in the world.

In 2010, theatre director Wang Chia-ming fired up the popular culture and common phenomena of the 80s in Taiwan via Michael Jackson – Back to the 80s, the first of his pop culture trilogy, with the flashing energy of pop concerts and declarations of frenzied fans. Similarly themed in pop culture, SMAP X SMAP – In love with the the 90s is a new production anchored in the 90s, aiming to explore the cultural mixture in Taiwan from the microscopic historical viewpoint.

The play title “Skin” comes from Director Wang’s interpretation of the shallowness of love. In love, Wang discovers the element of shallow and further discusses the conflicts between negative emotions in the surface and the strong desire deep inside. Jealousy and envy between lovers, together with abnormal behaviors that eventually lead to murder, become elements in this detective story that the playwright-director employ to compose this music theatre mixing love and murder together.

This is a fairy tale that is somewhat “decadent”. Mainly with female characters, it is a story that spans six generations.

The very first stage performance based on pop culture and idol, a theatre built in the scale of a live concert.
Scream and shout to Michael Jackson’s songs and dance, together we reminisce…
Recklessly revered and worshipped; lavishly depleted our passionate youth; the most righteous generation of the 80s.

First performed in the eighth Crown Festival, 2002, this forty-minute play stages a triangle relationship (one woman, two men) to issue playwright's observation and reflection on love:"relationship" is nothing but a foolish game agitated by passion and compulsion bonded by ethics and morality. This comedy uses lines in rhyme, music, light change, costumes made by cardboard, body movement in melodramatic scenarios to mirror protagonists' paradoxical mindsets in each relationship. Acting like paper dolls, characters sometimes address their pain to the audience；sometimes confess their "wrong" doing in and confusion about love. The Beatles' songs are applied to theme the plots and scenes.

Because in primal times people were globular spheres who wheeled around like clowns doing cartwheels (190a). There were three sexes︱the all male, the all female, and the "androgynous," who was half man, half woman.
The creatures tried to scale the heights of heaven and planned to set upon the gods (190b-c). Zeus decided to cripple them by chopping them in half and turned half their faces around and pulled the skin tight and stitched it up to form the belly button.
Ever since that time, people run around saying they are looking for their other half because they are really trying to recover their primal nature. This is where the play extends from and introduces the love chapter in Tsen， 。

This is a artwork about Van Gogh and his sketches and paintings, about the existence of trying to forget the pain after the skin is stripped, and try to calm down.

On the night of Mid-Autumn Festival in 2004, the moon man sneaked into Taipei and kidnapped a couple in the middle of the full moon night. He found that the anxiety of Taipei people was beyond cure, so he decided to completely overthrow Taipei.

《Where is home?》is a surrealist drama set in Taipei in the Year 2015. The story takes place in the only remaining inhabited apartment building, with more than one thousand rooms, after something (the story never explains how it happened) wipes out most of the island. Like a fly on the wall ,the audience eavesdrops on the lives of 26 characters, whose conversations are broadcasted through 16 speakers around the audience. Their magical but realistic lives of happiness, conflicts, affection and love entangle and cross one another.

The piece gathers actors in their 20s, 30s, and 40s to have different perspectives and thoughts to encourage conversations between generations, academics, popular cultures, and experimental theatres.

If Shakespeare lived in what is now Taipei, what would he think of war, politics, unknowable mysterious forces, hated, and love? Does he still make a theater? Does he use media? Does he still use words? Don't know what kind of script he would write in Chinese?

Zodiac, the rings of twelve constellations in astronomy and astrology, is also the nickname of an American serial killer in the 60s. His real identity, motivation to kill, encrypted letters, manipulation of media and judicial power, and his provoking gestures has created a logic of its own and has been attracting public attention.

Time splits people into countless pieces, flying in the three-dimensional space. The actor, as a completely lonely and continuously visible individual on the stage, presents the emotional image of the interaction between the internal space and the external space that affects the initiative.