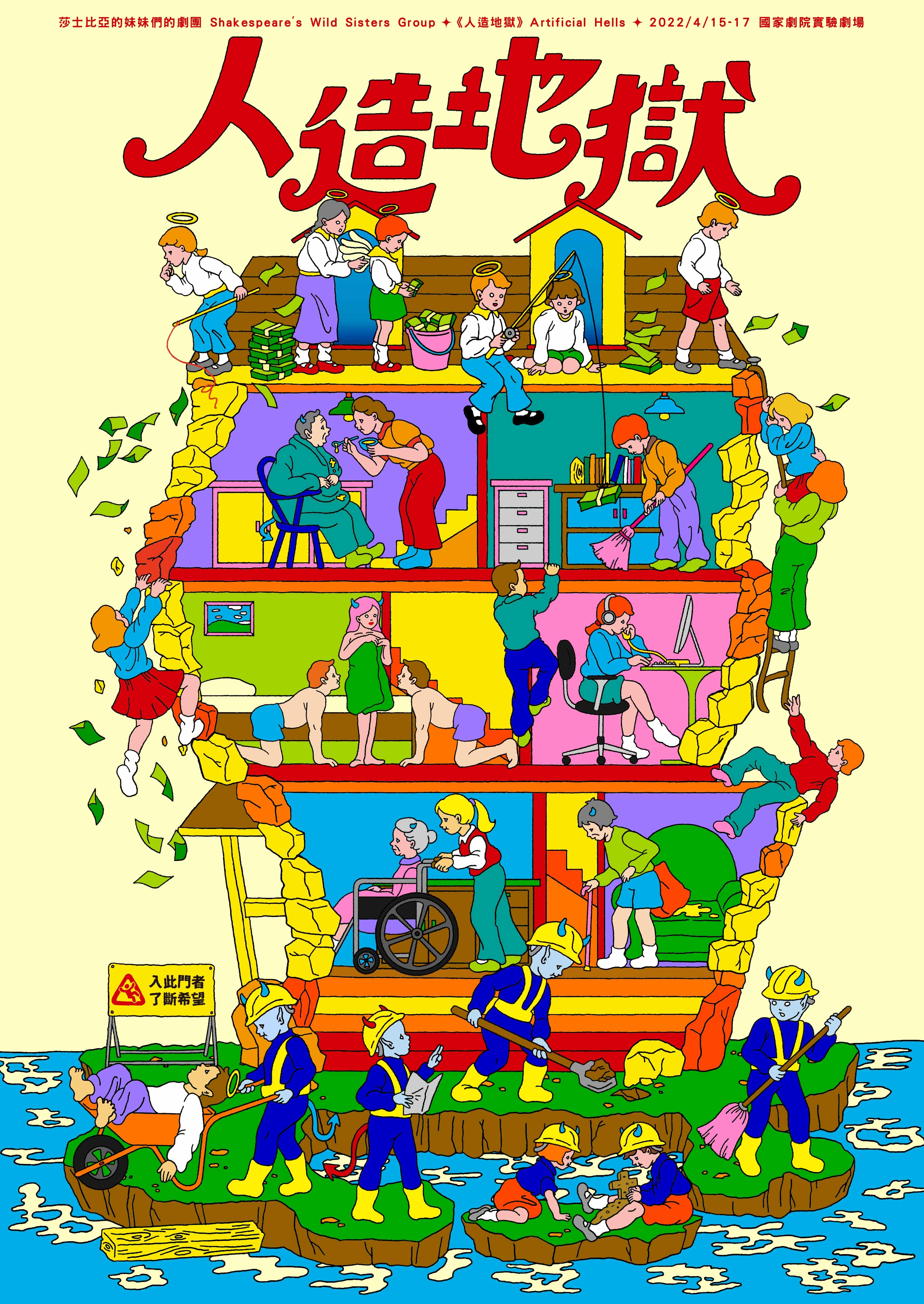 Modeling after the narrative structure of Inferno, Purgatorio, and Paradiso in Dante's Divine Comedy, the performance finds parallel in the path of Asian migrant workers from their hometown, to foreign countries, to the promised land. The aspirations and struggles of the low-end social citizens are presented as they seek to find their place in the corrupt, transitional, and ideal society.

Following the micro worldview illustrated in Mythology Upon the Table, director Baboo transforms seven performers from various Asian countries into Dantes in different locations, who show up via video link to carry out dialogues of people on different screens and jointly create an unfinished scene.

Introduced by Virgil, a human resource agency, these Dantes experience the journey of labor migration in the age of globalization and re-present modern diaspora and migration in the world context of high mobility. Audiences sit on the ground in the middle of the scene, like migrant workers in their temporary meetings, listening to and participating in one after another story of migrant workers.